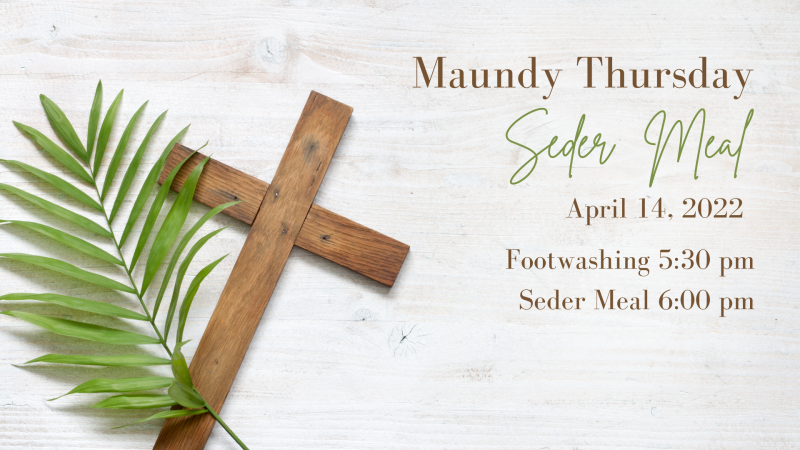 Join us at 5:30 For Footwashing

Foot washing has been practiced by the church since it was first instituted by Christ. While not observed by all Christians, the ordinance is significant. The command of Christ in John 13 is accentuated by strong words: “you also ought to wash one another’s feet” and “you also should do as I have done to you” (vv. 14, 15).

Feet washing speaks to a basic human problem: pride. The disciples had been arguing about who would be the greatest in the kingdom (Luke 22:24–27). Although they had heard Christ’s teaching on that occasion, He now wanted to give them an unforgettable example. Rising from the table, He took a towel and basin and then knelt before each disciple to wash their feet. He then asked, “Do you know what I have done to you?” (John 13:12).

Usually observed on Maundy Thursday (the day before Good Friday), this ordinance also can be observed at any season of the year. Conducted in an atmosphere of dignity, it challenges the participants to rise and serve the needs of others. “Just as you did it to one of the least of these…you did it to me” (Matt 25:40)

The “Seder” is traditionally known as the Passover that the Jewish people have observed since the Exodus from Egypt (Exodus 12). It is a time of remembering the blessings and provisions of God during one of the most difficult times in Jewish history.

For the believer in Christ, the Seder also has significance. Jesus, in His observance of the Passover meal with the 12 disciples, gave new significance to it as He would ultimately become the great Passover Lamb that would be sacrificed once and for all time for the sins of the world (Matthew 26:17-30). Join us as we explore “Christ in the Passover” at North Main.